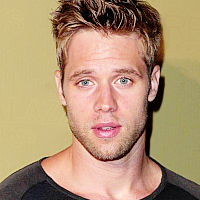 The film takes place years after the events of the original Tobe Hooper film and involves a girl named Heather who discovers that she’s related to Leatherface:

[Thanks to STYD] “Twenty years ago, the town of Newt, Texas exacted vengeance on the Sawyer family for their role in assisting and concealing murders committed by the chainsaw-wielding maniac Jeb Sawyer, aka “Leatherface.” The entire family was presume killed when Burt Hartman led the townspeople to burn down their farm house, but the Sawyer infant survived and was secretly taken away by two of the vigilante townies, Gavin and Arlene, and raised their daughter Heather. It’s not until she’s in her twenties that Heather learns that she’s adopted. A lawyer for her grandmother tracks her down with word she’s been left an inheritance.

Angry at her parents for lying to her, she sets out for Texas on a road trip with her boyfriend Ryan, friends Nikki and Kenny, and Darryl, a hitchhiker they pick up on the way.”

Our adorable Shaun Sipos was interviewed just yesterday in Barcelona about Melrose Place that will come to Spain on september, but also about his career, his personal tastes and about Spain.

more about “Shaun Sipos: Interview for Informativ…“, posted with vodpod

The site Informativos.net that realized the interview also wrote an article about Shaun. You can read it:
– here in spanish
– here in italian
– here in english

I’ve just found two magazine articles about the new movie (now on dvd!) with Shaun Sipos, “Stoic”. The scans in the gallery! 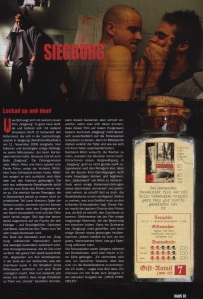